You are here: Home / Richmond Real Estate / The Fan in Richmond, VA

The Fan District is where many things come together in Richmond, Virginia, encompassing a number of smaller neighborhoods within a neighborhood such as West Avenue, West Grace Street and the Lower Fan District.

The Fan has a long and colorful history but the neighborhood we know today was developed in the very late 19th & early 20th century. It’s mostly made up of Edwardian era townhouses with some Victorian in the lower fan.

Like many early 20th century neighborhoods its first hay day faded after WWII. Now at the beginning of the 21st century, the Fan is revitalized and re-energized. With the Monument Avenue showplaces, elegant comfortable townhouses or even efficient, modern condos, the Fan District has a housing solution for almost everyone. Historically correct renovations complement thoughtful contemporary rehabilitations while offering gracious, convenient, contemporary city living just minutes from Downtown.

Much of Richmond’s early Georgian architecture was destroyed by fire in 1865. It is estimated that 25% of all buildings in Richmond were destroyed during this fire. Even fewer now remain due to demolition that has taken place since Reconstruction. In spite of this, Richmond contains many historically significant buildings and districts. Architectural classicalism is heavily represented in all districts of the city, particularly in Downtown, the Fan, and the Museum District.

Real Estate in The Fan District is largely Greek revival single use townhomes and mixed use or full retail/dining establishments. These districts are anchored by large streets such as Franklin Street, Cary Street, the Boulevard, and Monument Avenue.

The Science Museum of Virginia, is also located on Broad Street near the Fan district. It is housed in the neoclassical Union Station, designed by Beaux-Arts-trained John Russell Pope in 1919. Adjacent to the Science Museum is the Richmond Children’s Museum, a fun-filled museum with many hands-on activities.

Two major parks in the city are Byrd Park and Maymont, located near the fan district.

Multi-family residences are also an option if you’re considering buying real estate in The Fan.

If you have any questions about the The Fan area or The Fan real estate, contact Buyer’s Benchmark Realty. Use the form to your right to gain instant access to the Richmond MLS listings and to search for the Fan properties for sale. 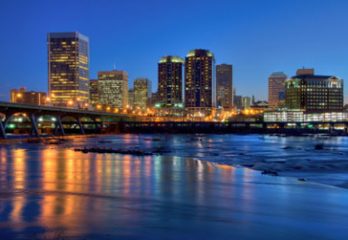 Richmond Virginia is a Metropolitan Area steeped in history and also prepared for the future. During … END_OF_DOCUMENT_TOKEN_TO_BE_REPLACED