Short Pump is a census-designated place (CDP) in the far West End of Henrico County, Virginia, where the population is around 800 (as of 2009).

A few of Short Pump’s major neighborhoods include: The Colonies, Barrington, Milhaven, Pine Run & Foxhall as well as the various neighborhoods located in the planned development of Wellesley. Townhome communities in the area include Bay Cove, Winchester Pointe, Three Notch Place and many others.

Real estate in Short Pump features median home costs, with homes in the area tending to be newer, compared to other areas of the Richmond metro area. Although some of the homes and neighborhoods in Short Pump were built in the mid 1980’s, most of the communities were actually developed from 1990 on. There is very little new construction, with the exception of West Broad Village & some other neighborhoods and these tend to be on the higher end of the price range due to how very little land is available for development in the area.

Compared to the rest of the country, Short Pump’s cost of living is 4.53% Higher than the U.S. average.

If you have any questions about the Short Pump area or Short Pump real estate, contact Buyer’s Benchmark Realty. Use the form to your right to gain instant access to the Richmond MLS listings and to search for Short Pump VA homes for sale. 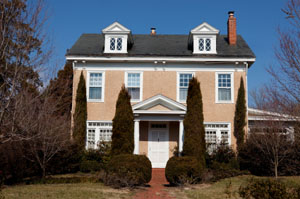 Due to the geography in which the James River approaches Richmond from almost due west, and turns … END_OF_DOCUMENT_TOKEN_TO_BE_REPLACED